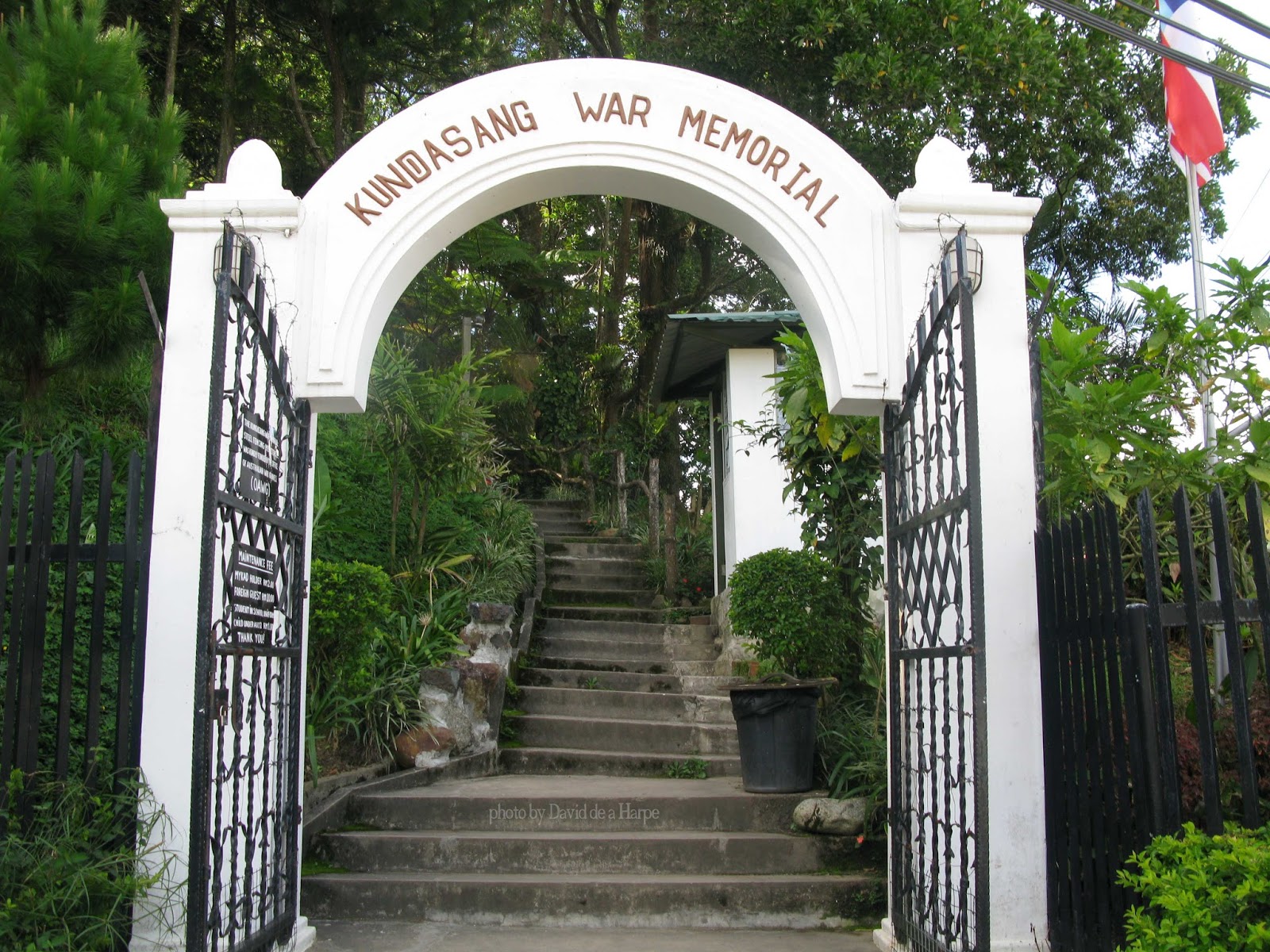 The Kundasang war memorial sits on a hill just behind the vegetable stalls . Standing like a forbidding stone fortress, the memorial was conceived by Major G.S. Carter, who initiated the building of the memorial in 1962 in commemoration of the 2,428 Australian and British prisoners of war and local people who died in Sabah during World War. The POWs worked under extremely harsh conditions to build the airstrip in Sandakan for the Japanese army and towards the end of the war were marched to Ranau in the interior of Sabah. Many were killed en-route, while those that managed to reach the camp at Ranau were subjected to even harsher conditions and systematically murdered. Only six Australian POWs managed to escape into the nearby jungles and were rescued
and cared for by the local villagers under great danger to their own lives.

The fort-like War Memorial was designed by local architect J.C. Robinson to accommodate four interlocking but separate gardens, each representing the homelands of those who died. Over the years, the memorial has passed through many caretakers and sadly was in a very neglected state of affairs till 2005, when on the 60th anniversary of the end of World War II, the Memorial was restored under the initiative of Mr. Sevee Charuruks with his own personal funds. No government funding was available during the major restoration project in 2005. However, years later help came from the Australian Government in the form of several grants.

To enter the memorial you climb up a flight of stairs hugging the gray stonewalls of the memorial. Shaded by tall tree ferns that form an eerie green tunnel, you soon arrive at a sun-drenched courtyard. Here under the shade of netting, is a large collection of framed newspaper cuttings and photographs with reference to the tragic death marches, visit from relatives of the departed soldiers, historical information and the restoration work done on the memorial. Next to this is a Memorial hall, built with funds from the Australian government where visitors can watch a documentary on the death marches and view various artifacts taken from the POW camps around Sabah.

The first garden is dedicated to the Australian POWs and besides plaques, a map of the Australian continent has been created from white quartz stones laid out on the green turf. The 2nd garden is the typical walled English garden with its formal flowerbeds and climbing roses where visitors can sit in the shade breathe in the fragrance of roses and contemplate on the follies of war. Leaving the English garden and climbing a few more steps, you enter the Borneo garden. Looking much like a jungle after the orderliness of the English garden, the Borneo garden comprises mainly of native orchids from the slopes of Mt. Kinabalu. Of special note here are the lovely Rothschild’s Slipper orchids (Paphiopedilum rothschildianum), which also happens to be Sabah’s state flower. The last garden is the 'Contemplation Garden' with a reflection pool, pergola and incredible views of Mt. Kinabalu. The walls of this garden are lined with the names of all the POS’s who died in Sabah.

Today, through the personnel dedication of Mr. Sewee Charuruks, the memorial and its gardens are a fitting tribute to the brave Solders and people who gave up their lives for freedom. In recognition of his hard work and commitment, Sewee was awarded the MBA (Member of the Most Excellent Order of the British Empire) by Queen Elizabeth II in 2007and in 2012, he was awarded the Member of the Order of Australia (AM) by the Australian Government.

Text and photos by David de a Harpe
Share this article :