skip to main | skip to sidebar
Home » idea , idea-story » Who can say you are entirely wrong?

Who can say you are entirely wrong? 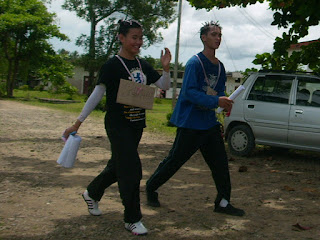 Q: Where matters of the heart are concerned, who is to have any control over them?

I may have brought this upon myself. I don’t blame anyone.

I am divorced. He is married. We started off on the understanding that there would be no promises, no strings attached and no commitments.

Of course, as it always happens, one thing led to another, we became inseparable.

But after some time he began to avoid me. When I confronted him, he said his wife had become suspicious.

Even though I was not willing, we agreed to stop meeting.

So, these days in order to forget him, I keep myself busy. But it is impossible to pass each day without thinking about him. I know too he can’t forget me either.

I want to know is it wrong to own someone who is not mine? I keep telling myself if we are destined to meet again, we will.

I think you know very well at the back of your head that when a relationship is built on no promises, no commitments and no strings attached, there is no future to speak about.

He had made it clear to you that he would never leave his wife and family for you from the very start.

So, why are you still so unhappy about?

You now want to know whether it was love or lust for him.

You must know you were a willing party. You could accept his terms then.

You were undemanding of his time and money. You were just happy having him in your life, even though on stolen time.

I don’t want to console you and agree with you that he loves you and is also unable to forget you.

Because it is what you like to think or what you hope for. But it is false. He had never meant to give you more than he promised. Which was nothing.

I just hope that the rest of the divorcees among us need not be that vulnerable like you did.

So many of them have fallen into similar situations.

Because you are easy target for the married men who want safe, intimate relationships without commitment, you are used and exploited.

Because you feel guilty and torn up about getting involved with another woman’s husband, you usually are understanding and accommodating.

But then it’s best if you can stop hoping. The affair is over. Forget him, keep busy at work and get to know other guys who are free to love you.

Some women are fortunate enough to find someone they can truly share their life with, while some others are happy enough with the crumbs offered by married men.

Of course, it’s your choice and it’s your life. And who can say you are entirely wrong to wish for love and happiness?

But then you need to ask yourself whether it is worth the tears you hide in your heart each time he walks away when his phone rings or when he finally calls it quits.