skip to main | skip to sidebar
Home » idea , idea-story » You do not want to fan the hurt and pain

You do not want to fan the hurt and pain

Q: We met four years ago. She was in college then and appeared decent. Our relationship was good and our families were close too.

Then after she got back from holidays in her hometown one evening, we had a minor quarrel over the phone.

The next day I went to apologize but her mum refused to let me see her.

After that, she asked for a break up. She did not give me chance to explain and refused all my calls.

A month after that she told me that she did not love me anymore. When I saw her with another guy, I realized it was just an excuse.

I am sad that she did not tell me the truth. She had also sent me an e-mail asking me to forget about her.

I don’t know whether it was her idea to make it final that she also disclosed details of our relationship to her friends. She mentioned she was not a good girl and that there had been guys before me.

When I went to return her things as requested, I was chased out like a dog. She changed her number and avoided seeing me altogether. 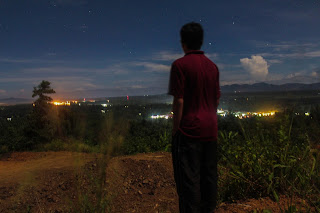 I regret having met her. I have done a lot and sacrificed for her, yet she switched to a new boyfriend without feelings.

I don’t understand how she could behave as though our years together did not exist.

I see her true colours now, but I still can’t forget her.

A: Calling her the worst names and building up the rage and bitterness will not help you get over the hurt.

Just think. For four years you had shared a relationship. Then only over a small quarrel you broke up.

Something already seems very wrong, if you claim that she actually disclosed details of your relationship to her friends. And what girl would tell you her other relationships before you when the one with you is over?

It does sound like she wants you to hate her and forget her as soon as possible and in a hurry. What she wanted was to smear her own name so bad that no guy around town would want her.

I do wonder. So, maybe she has found someone else. Surely she would not want her new boyfriend to get the details of her past relationship with you.

Save yourself from such bitterness. Calm down. Cool it off. She must have her own reasons for calling off the relationship.

When she involved her mother, she must be serious about not seeing you.

I think you should give her the benefit of the doubt. After all you had been together for four years which is not a short time, considering.

Unless you learn to forget the past, you will end up a very angry and bitter young man.

You must know that hatred is destructive. You do not want to fan the hurt and pain by building up the rage.

Only when your heart is healed and your mind clear, you will love again.