skip to main | skip to sidebar
Home » idea , idea-story » Men who don’t know how to be subtle

Men who don’t know how to be subtle 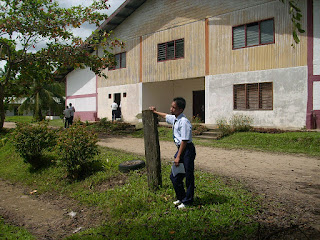 SOME people say men in general are straightforward, always in a hurry, able to take and put down, clear-cut, generous and may be even 'cincai'. Because of that even those who are usually rough and uncouth, according to them, are lovable.

But then there are men who like to spoil things. They can be rude, forget to be polite, to hide to save face ... so much so that they don’t know what subtlety means.

The moment they open their mouth, we blush because of what they have said. The moment they start to do things, we become so embarrassed that we want to hide.

While we are taking a stroll in early evening, he can suddenly say, You wait for a while; I want to go wee wee. He fails to notice there are people behind us.

After having a few drinks in the restaurant, as if he is so understanding, he asks you, Do you want to go to the toilet? Ai ... Can’t he be a bit subtle? Why can’t he say freshen up or wash hands? Is it so necessary to be so clear?

Sometimes your zip may not be fastened. He sees it. But he never asks you aside to quietly tell you that. Instead he openly points at where your undone zip is to let you know or he without your permission zips it up for you, as if you are his somebody, someone he has a close relationship with, while clearly you are not.

Among men they agree that the ability to be subtle is a virtue. Subtlety among women is very attractive, they say.

But then why can’t they be likewise?