300km or about an hours flight from Kota Kinabalu is Layang–Layang island. Situated in the South China Sea, it is one of Malaysia’s top dive destinations and part of Sabah. Previously known as “ Swallow’s reef “ it’s part of the Spratly islands, which is basically a collection of around 600 islands, reefs and atolls that stretch from Palawan in the Philippines to the coast of Taiwan.

Layang Layang is a manmade island, only about 6 hectares in size and is surrounded by a 7km long atoll. Wall diving here takes on a whole new meaning when your wall drops 2000m into the sea. As there is no human habitation besides the 86-room resort and a small Malaysian Military outpost, it means that the water is crystal clear with visibility often beyond 40m.

Layang Layang is better known for its large fish and the biggest attraction here is the schooling Scalloped Hammerhead sharks that visit the area between the months of March to June. Other pelagic commonly seen here are Manta Rays, tuna, barracudas and various reef sharks such as leopard, nurse , gray and white tip sharks . Due to its remote location, the island has pristine coral reefs that are home to numerous species of fish and marine critters, from large sharks to the tiny tiny pigmy seahorse that can grow to about 2cm in size. 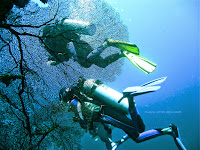 Some of the interesting stuff found at the various Dive sites on Layang Layang.

Wrasse strip – Juvenile Manta and Eagle rays, turtles, Titan trigger fish (watch out for these critters if they are nesting … they attack and try to take a bite out of you), unicorn fish and a couple of interesting wrasse fish. 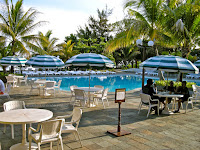 Navigator’s lane – Starting from anemone shrimps and commensal shrimps to the larger Manta rays, Barracudas and Hammerhead sharks in season.

Dogtooth Lair – Yes, you guessed it, look out for dogtooth tuna. Small groups of Juveniles or large solitary adult ones. Blue-masked angelfish and schools of silvery round batfish. Home to some of the most colourful parrotfish and prowling blue fin trevally.

Shark Cave –its actually 2 ledges on a sheer wall that are located between 30 to 40 meters down. The second ledge is a favorite resting for white tip sharks. Schools of swirling Jack fish are often seen here as well as other sharks.

Accommodation: There island is only 1 resort on the island “Layang Layang resort” managed by Avillion resorts and only open from March to September due to the Monsoon at the end of the year. The resort has 86 well appointed air-conditioned guest rooms, a swimming pool, restaurant, lounge and bar with WIFI. 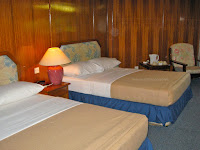 Getting there: Most visitors fly there and currently the resort is working together with MAS Wings, which provides twice to thrice weekly flights to the island, depending on the occupancy.

Note: The resort caters mainly for divers. Is not very suitable for none divers and children.