Friendship between men and women 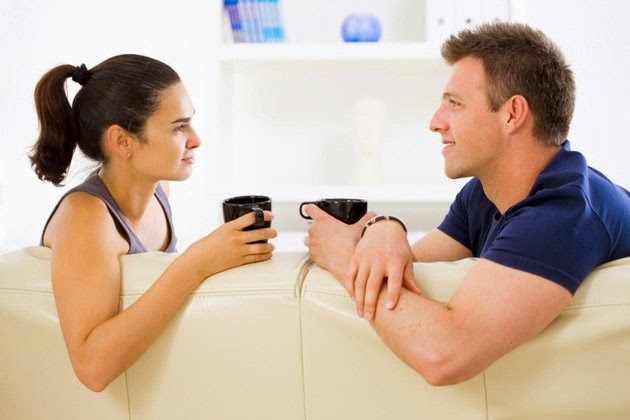 Given a choice, men prefer the not so handsome guys and not the ugly women to be their friends. They are not bothered with a man’s appearance but they do a lot, a woman’s

AS A woman, if the majority of your supposedly good friends are men, you probably should be more grateful than the rest of the women who have more female friends than male ones.

For at least it shows, first thing, you can’t be as plain-looking as you probably think you are. Other words, you can make up your mind now that you are actually good-looking.

Men do not discriminate against the not so good-looking guys when they are choosing their friends. They do not take into consideration the appearance of their male friends at all. As long as they can be friends, they get on with it.

However, given a choice, men would prefer the not so handsome guy as their friend, rather than gain the friendship of the not so attractive woman.

Most women are troublesome, tiresome, grumble and complain a lot. They are also picky, fickle-minded, often are jealous of others, mean and unkind... calculating, scheming, superficial and the rest of it.

Often, they can be curious too, but hardly in the right way. They can be very touchy, paranoid, suspicious and unreasonable ... and they like to compare which gets on our nerves. Some of them can be diehard bullies and downright condescending.

Needless to say, men love a beautiful face and proportionate figure in a woman. We may say most of them are sly, lustful or lascivious, for want of a better word.

To be a friend to a pretty woman, even though he knows they can’t be lovers, the man feels protective of her.

When women talk to him, it proves that he has intelligence. He can help them analyse their worries, lessen their burden or at least make their problems easier or may be even solve them.

Well, even if he can’t do anything to help, he can console them, make them feel better.

Women like to get in touch with him, to communicate with him. That proves he is honest and straight. He makes them feel secure and they trust him. Such a man is their trustworthy friend.

These women, by the way, are often the same women their own kind has disliked, rejected or alienated.

Before these women who constantly can’t see eye to eye or are disappointed with their sisters, such men can display their acquired gentleness, softness and warm-heartedness.

Even his own lover, I dare say, may not have equal opportunity to enjoy the same gentleness, sweetness and understanding from him.

His (Their) win-win technique is beyond doubt his capability to understand men better than women can, simply because he (they) is also a man.

Women can definitely trust him to be their relationship counsellor, their Agony Uncle.

He gladly tells them men’s viewpoint, directs them how to look at things from men’s point of view, says to them, We men are like this ... like this...

A man who can be such a, good, close, trustworthy friend to a woman must still have some imagination left for her at the back of his head, a frequent occurrence or not, some feelings of pity or may be even romantic love.

For the woman, it’s best she remains between the knowing and unknowing state of mind.


Even if your good friend who is a man can’t help you solve your problems, he can at least console you. You are more willing to accept than if this friend of yours is a woman offering you the same service.