The Bornean Sun Bear Conservation Centre (BSBCC) was found in Sabah Next to Sepilok – Sandakan), in 2008. It was the brain child of Dr. Siew Te D.J.N who is the CEO and Founder of the Bornean Sun Bear Conservation Centre. Thanks to Sabah Wildlife Department, Sabah Forestry Department, LEAP, many individual funders, supporters, partners and volunteers, BSBCC which was a dream of his, has now grown
to be a reality and is the only one of its kind in Malaysia. The Malayan sun bear (Helarctos malayanus), found only in Southeast Asia, is the
world’s smallest bear species. While Borneo is a remaining stronghold for this species, it is seriously threatened and if not already extinct, in many areas of mainland Asia, including India, Bangladesh, China, Burma and Vietnam.

The Bornean sun bear is even smaller than the sun bears of mainland Asia and The face a very similar plight to the plight of the Orang Utans. Firstly they are very cute, especially the baby cubs. Many people are attracted to keeping the cubs as Pets (not a good idea as they can turn defensive when they are older). Most people have no idea about how to care for the bears and consequently these bear are often kept in small cages without proper conditions. Besides being kept as pets, some of the other main threats to their survival are forest degradation and destruction. Sun bears are also hunted illegally as food and supposedly traditional medicines (including their gall bladders). As their habitat is lost, and so is their source of food, some of these bears does enter villagers’ fruit orchards and fields in search of food and cause damage to their crops. Today, the Malayan sun bear is listed on Appendix I of CITES and it is now illegal to kill or hunt these bears in Sabah (1997 Sabah Wildlife Conservation Enactment) 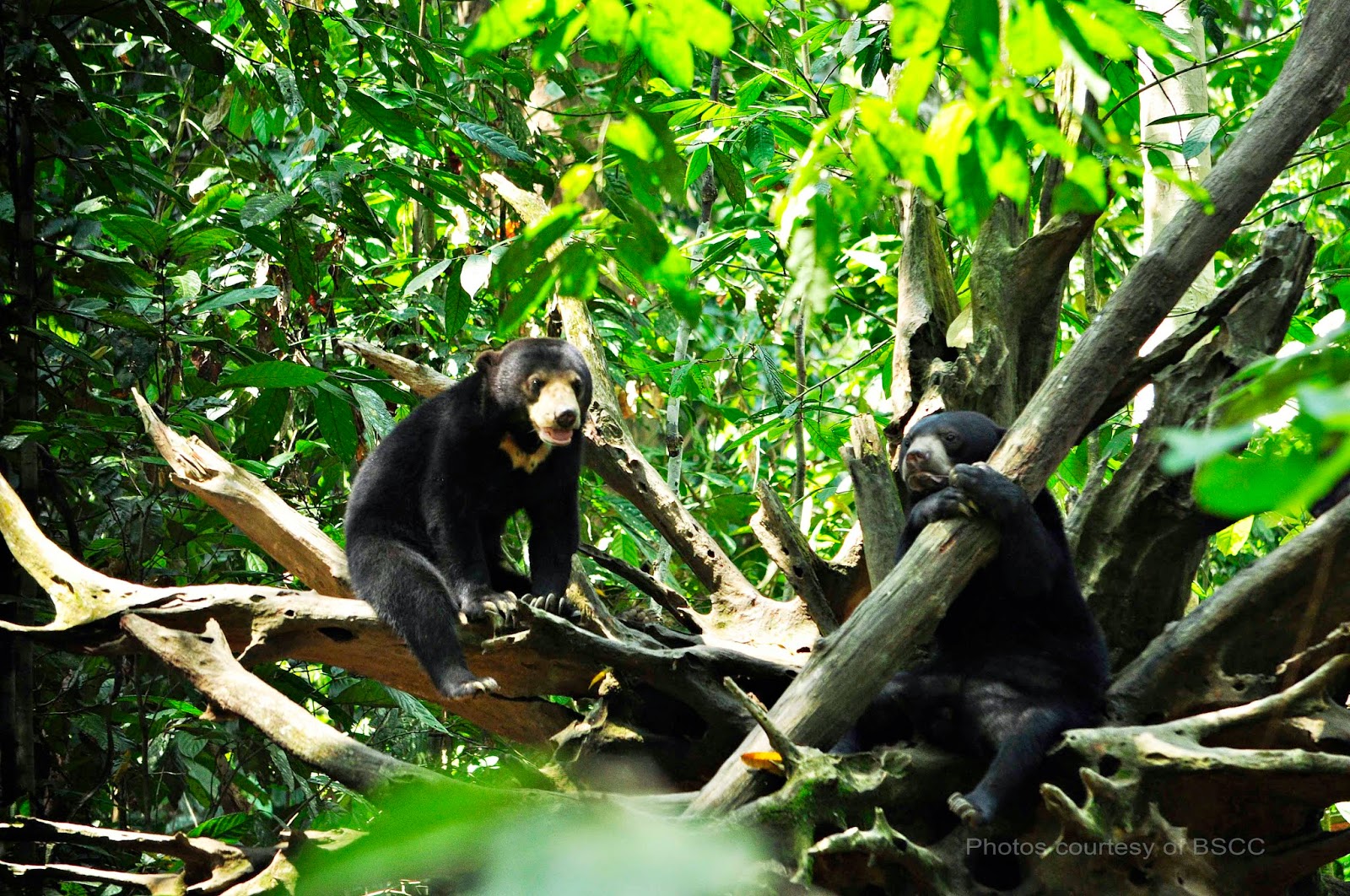 The Bornean Sun Bear Conservation Centre currently has 35 bears in residence. Conservationists are nursing them back to health and where necessary, educating the bears in how to be a wild bear again with the intention to release them into the forest once again. As so few people know about the sun bears, including Malaysian and Indonesians, the Centre is also involved in education and raising the animal's profile.

Some of the key achievements of the Bornean Sun Bear Conservation Centre are:

2012 August: completion of the Construction of the Observation platform, and access boardwalk.

2013 April: Construction of the 2nd Bear House and renovation of the visitor center started.

Today visitors are welcome to visit the BSBCC and it is open open daily from 9.00am to 3.30pm.

The entry fees for non- my card holders are RM15 and RM30 between the ages of 12-17 and above the age of 17 respectively.

I'm Dennelton from Sabah, editor of www.tvokm.com. I am a blogger since 2008, i have a great interest about blogging and seeking additional income through the internet. Follow me with like our official Facebook Page HERE
Labels: animals, journey-travel, travel