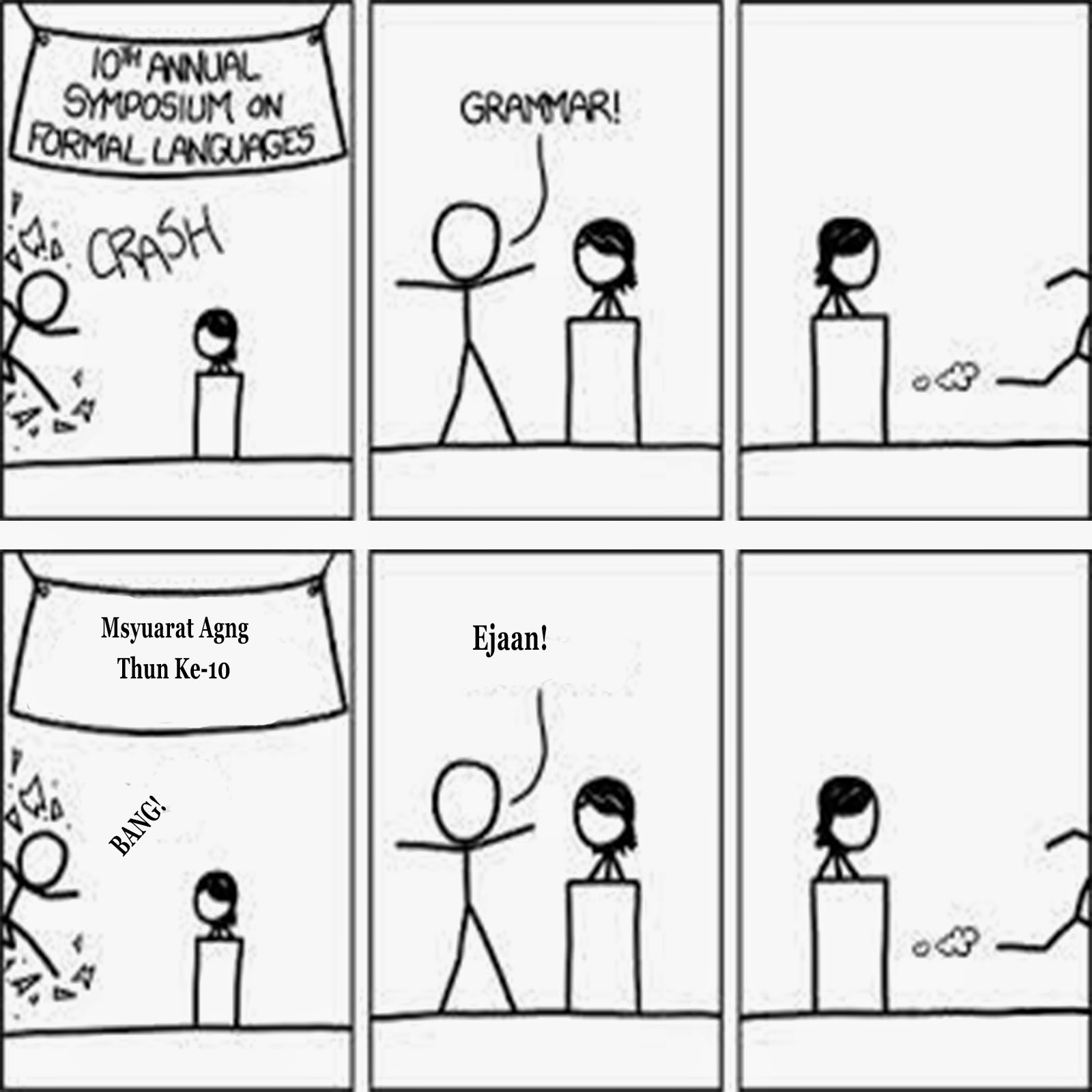 This time I want to share two things with the reader. One happened in Malaysia and the other in India. Nowadays when we speak to Malay properly, in an organized and fashionable manner, many people wonder why we're speaking this way, and some say we're showing off.

Once I met an honorable person, and because I respected him and there were others there, I used the Malay language and spoke properly.

I was a little aggravated when he replied in English, but I am not very surprised by this reaction. Today we rarely hear people follow grammar rules, and speak with a proper style and seriously.

The Internet has had an impact on this problem.

Let me say from the outset, it's not only the quality of the Malay language that is starting to fall. Practically all the world's languages ​​experienced a similar fate because of not prioritizing education language proficiency.


The situation becomes worse and badly because of Internet applications such as SMS and Facebook. I do not understand why a smartphone application user must use bad language when communicating via SMS, Facebook, Twitter and Instagram. This includes adults who know the language.

So, I was very happy when shopping at Karamunsing Complex in Kota Kinabalu. Although the majority of the store's name there in English and Chinese, the business language is Malay and 'Bumiputera' (indigenous). I am sure more people of different races and ethnicities speak Malay in the shop than in the Hall Of Languages and Libraries (DBP).

I am not saying that people do not speak to Malay in DBP. Instead, maybe that's the only language used, but the users can be all Malaysian.

In Kota Marudu there is a supermarket named More Chances, where most of the employees are from the Philippines. The customers are local people of various races and foreigners from Indonesia, Philippines, Thailand and other countries. They mainly speak to Malay. Anyway, it's okay if the language is not the same quality as that spoken by the National Laureate.

The food outlet next to Sri Menanti was like that too. The boss is an Indian who lives in Malaysia. The workers are from India. However, the communication language is Malay.

So our national language grows a bit when foreigners come to earn a living in our country. However, we cannot place all of our hope on foreign subordinates to strengthens our language.
Share this article :

Excellent post. I was checking continuously this blog and I'm inspired!
Very useful information specially the final part :) I deal with such info much.
I was looking for this certain information for a long time.
Thank you and good luck.

I pay a quick visit everyday some websites and sites to read articles or
reviews, however this website offers quality based content.