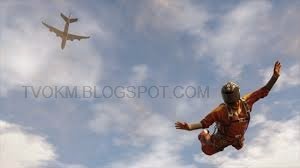 In February 2014, some smart action by the pilots and crew of the Pegasus Airlines Boeing 737-800 enabled them to save the plane from Kharkiv, Turkey, from being hijacked by a Ukrainian man who threatened to detonate a bomb carried in a bag.

The 45-year-old suspect forced the plane with 110 passengers to change the flight course to Sochi, which was the venue of the Olympic Winter Games in Russia.

Before entering Turkish airspace, pilots successfully gave information to the Turkish Air Force Command Centre of their attempted extortion and F-16 fighter jets were deployed to escort the aircraft. The plane finally landed at the original destination which was the airport at Sabiha Gokcen, Istanbul. After 32 minutes, Boeing 747SR crashed into the two ridges of Mount Takamagahara in Ueno Gunma territories which is about 100 kilometres from Tokyo and Osutaka Ridge near Mount Osutaka.

The incident killed 15 crew along with 505 out of 509 passengers. Only four passengers survived the crash. 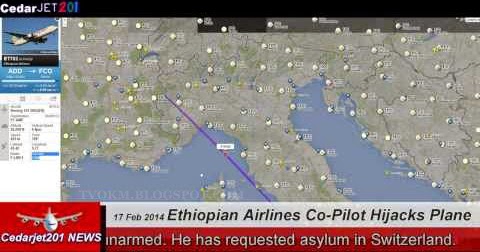 Assistant pilot from an Ethiopian Airlines Boeing 767-300 aircraft on a flight from Addis Ababa to Rome was arrested after a raid was conducted before the aircraft landed in Switzerland.

The suspect known as Hailemedehin Abera Tagegn waited until the pilots went to the toilet before locking himself in the cockpit.

After a safe landing at Geneva Airport, he asked for political asylum in Switzerland. All 202 passengers and crew are safe.

The plane is scheduled to leave Ethiopia capital at 3 AM local time and arrive in Rome at 4.40 AM. After the hijacking, the suspect is believed to have made a radio call to Geneva asking permission to refuel before turning off the alarm and this showed that the plane had been hijacked.

In fact, the suspect also threatened to slam the plane into the ground. Two French fighter jets were sent to accompany the aircraft while it crossed Europe. At 6 AM local time, the aircraft made ​​an unscheduled landing in Geneva.
Share this article :