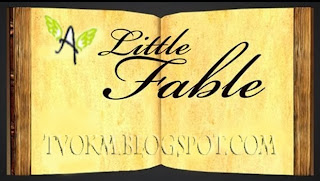 This is real. Through age-old links in my family, we know of a very special Chinese businessman, Weather he was the stereotyped “china man” boss, I am not close enough to comment. But he cultivated a tradition, still practiced in the present second generation, which I believe is worth highlightings.

For family business in the older days, it was not uncommon for workers to have lunch or even dinner at the boss’s house, i.e. the employer included meal as part of the salary package. So were the case with this tauke. His family prepared food for the workers.

The difference was, the whole family of this tauke, him self included, would only dine after all their worker were done. That did not mean they had other different, better dishes; they ate only whatever that was left! Needless to say, the family secured a whole bunch of life-long loyal employees.

When I first heard about it from my father, I could hardly believe it. Until one day we paid them a visit, at that time it was already the second generation. Even visitors received the same treatment; the family could continue chit-chatting with us, but would never join us at the lunch table. We must finish before they would start, from whatever we left for them, of course. During that trip too, I noticed that one older, semi-retired workers, had all the liberty to lie flat on their couch for a short afternoon nap. That really left me a lasting impression to this day.

The moral of the story

While we can debate endlessly on why not the family join in the same meal, or whether this risks worker “climbing over the boss”, if there is no supporting employees, who can become a successful employer?

Looking around the present world, almost everyone wants to become the boss, not just the money, but to live like “higher human”, outshining those around them, more so those working for them. To eat leftovers of their employees? Over their dead bodies.

In creating wealth with our profession as businessmans, managers or whatever, I hope that we still remember that everyone is out here to make living. It is quite senseless, if not inhumane, for use to be arrogant, or ungrateful to those who help to sustain or lift our position. Without water, no boat floats.
Share this article :