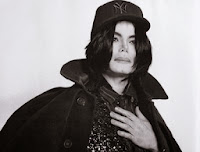 According to several e-mails, since Jackson had converted to Islam, his life was very different than before. He often looked uncomfortable in different places. Maybe people are overly worried that the Islam religion will spread among the King of Pop's followers.

Looking at his life and the peace of mind that his brother (Jermaine) had after embracing Islam, MJ had created an uproar at a press conference in 1989.


"I have seen Islam in my brother, I have read books about Islam and one day I want to feel the calmness and peace of Islam"

Since then, disasters came one by one. MJ was accused of allegedly molesting a child, and others. MJ had to live like a refugee in England. So we can see that many are indeed not happy with this singer. The day before MJ's death said was the day before MJ was to deliver songs from the "Islamic" religion in his first reality show.

Here are the results of the autopsy performed on Michael Jackson's body.

The singer was actually staying bone or skin and bones, and there was no food in his stomach but pills. 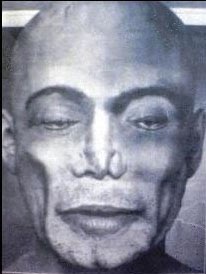 Meanwhile, the effect of Fentanyl, Vicodin, Valium, and Ambien doses were found, and Propofol in low doses. The results of the toxicology or poison inspection will determine the direction of the police investigation over the death of Michael Jackson. From where and from whom all of these drugs were supplied to Michael Jackson? Did Michael Jackson really know all of his medications? Hmm, a question mark.

Many people think based on this autopsy, Michael Jackson's death was a homicide. Someone should be responsible for the his death. Although the person was not found, they will receive punishment in the afterlife.
Share this article :