skip to main | skip to sidebar
Home » idea-story , story » Wish Of A Tapper

Wish Of A Tapper 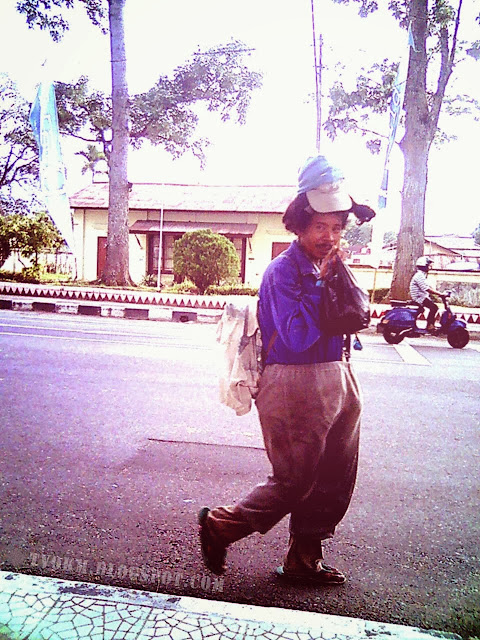 In one village, there lives a rubber tapper named Kodou. Since birth he has never been to a city. He would like to see what cities are like. His friends always tell him about the the exciting atmosphere of cities. All kinds of facilities are available, such as toilets. Cleanliness is very well preserved. For this reason, he decided to go to a city after he got money from tapping rubber.

Finally, the awaited day for Kodou to go the the city came. Then, just after arriving, he scratched his head. "This is what cities are like?" He said to himself.

"Wow, the tall buildings and gardens look very beautiful," he added. As he walked the streets looking in all directions, suddenly he saw a feces.

"Is it true what my friend told me about there being a lot of toilets in the city? How could this park have this thing, is that true that this place is called a city?" He said, while looking at feces.

"Impossible, Impossible! I don't think so the townspeople would go throw feces in their yards," He thought, confused.

Finally, he tried too move closer. "I can't believe people here would throw feces here, is it true that there is poop in cities like this and people just throw it everywhere? How can this be?" said.

Because too curious, then he touches and licks. "Agh!! Is this the city? Lucky I didn't step in it, as it is indeed feces. I don't like it here, people throw feces everywhere. I would rather stay in the village. There can be more feces in the woods."

Since then he has never come back to the city. Despite all of the facilities available, cleanliness is actually not a priority in the city.