skip to main | skip to sidebar
Home » local , local-foreign history » Who are the Kadazan and Dusun?

Who are the Kadazan and Dusun? 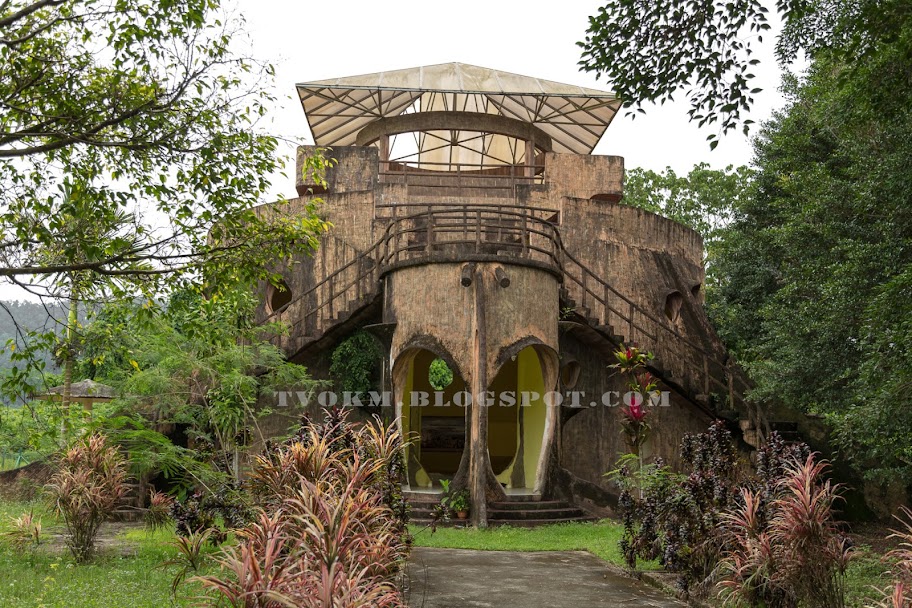 In that place there were two rivers (the Liwagu River and the Galibang River), which flow from the east of Ranau and Tambunan. The river is a major path' for migration of the Kadazan to all locations in Sabah.

According to the story, "The Old Kadazan," the tree can be as large as six fathom — lush leaves can cover the floor of seven huts — and an ancient Kadazan can measure 240 square feet.


Every day their ancestors bathed in the two rivers and climbed the red fig tree and dryied themselves on the branches. The root of the tree produces a red rubber that can cure a variety of ailments.

At first, their ancestors lived freely, and enjoyed the good fortune around them, but when the population increased and it bacame crowded, finding food became more difficult. Their leader ordered his warriors to find a new place that would be more suitable and have a lot of food sources. After the return of the warriors, they told about their findings and therefore there was a mass migration. In some groups, led by the warriors caused separation and dispersal of the Kadazan people. 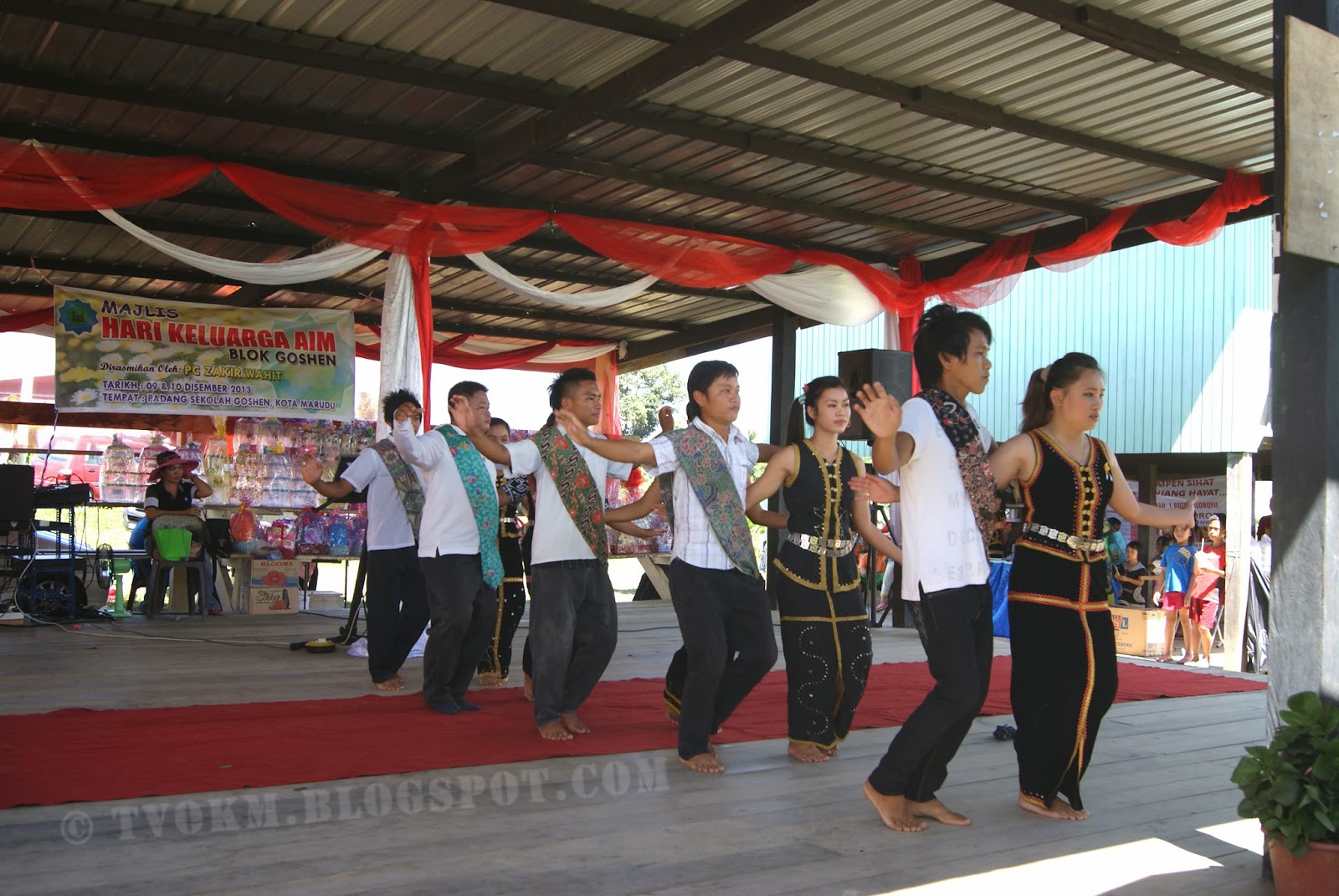 Kadazan, also known as dusuns people (villager) reached about 26% of the 1,011,046 people of Sabah in 1980. They can be found in all regions, especially in the west coast such as Penampang, Kota Marudu, Putatan, Papar, Kuala Penyu, Inanam, Manggatal, Tamparuli and Tuaran Tenghilan: in the interior such as Kundasang, Ranau and Tambunan, while in the east coast such as Sandakan and Lahad Datu, almost 34% of them lived in the countryside, villages, hills and mountains.

During that time, they mention their tribe based on the condition of the place, rock, tree, valley, the name of the hero and the country in which they develop.

During the reign of the Sultanate of Brunei in the state of Sabah, the name of "orang dusun" appears, a Brunei Malay word given by the people of Brunei when they had a barter trade in the state a long time ago. At that time, the Kadazan replaced items like fruit that they planted in the garden with the Brunei-made goods such as gongs, necklaces, items, bronze, silver and others. The "dusun people's" pronunciation was later used more widely and included more ethnic groups by the inggris who came to this state in the early 19th and 20th centuries.

Another opinion claims that the word "Dusun" originated from the name of the chief leaders of Chinese immigrants Lo Sun who arrived in Sabah at the end of the 14th century. This is most likely if one reviews the reign of the Chinese Emperor Yung Lo from 1403 to 1424SM, when he sent several expeditions to this country to take Dragon Ball, which is located in peak of Mount Kinabalu.

At the beginning of the 20th century when the sprit in politics of the Kadazan people started to grow, the term "Kadazan" replaced the term "Dusun people." This name changed because the intellectuals assumed that the term "Dusun" meant "people who are primitive and low class." The term "Kadazan" taken from "kakadazan" means "The city or the people of the City." Some intellectuals argue that the word "Kadazan" brings the meaning to "people who are polite and greatest." 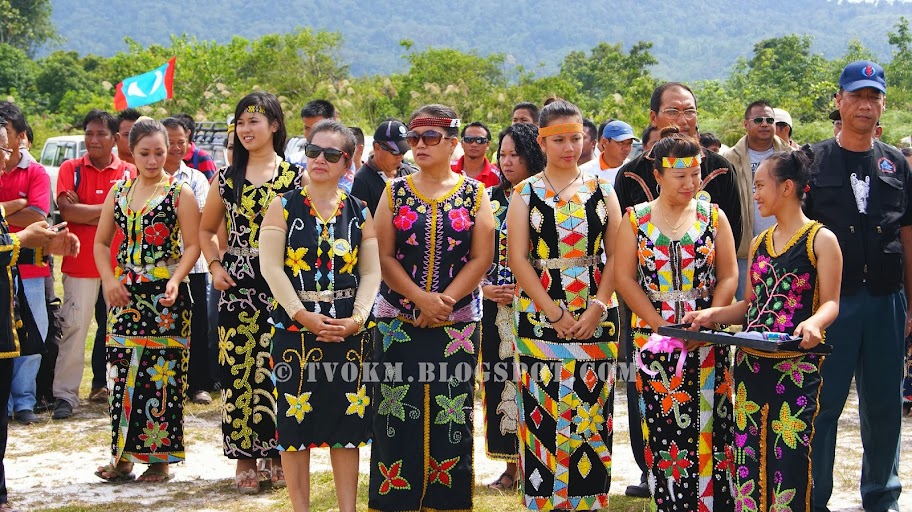 The term "Kadazan" was later published in the government news in 1963 when Sabah gained independence and joined the Malaysian Federation of the establishment. However, the application of the new name was not recognized and accepted by certain tribes and factions of the Kadazan people. Tribes and factions, especially those living in northern and interior areas of the state still retain their identity and the use of real names of their tribes and factions like Lotud and Dusun Rungus.


Even though the Kadazan people were separated by factors such as area, residence, the names of tribes and their factions, as a result of the past this separation was not shown to make a substantial and significant difference. This is because the elements were very similiar between the tribes among their traditions, customs, beliefs or cultures.

The Kadazan in the past profess animism in which they believed that everything has a soul and spirit. Today, a limited number of them have already embraced Islam and Christianity and a small number of them, especially the old generation still maintain the old beliefs.
Share this article :

tq for the information