The Origins of Harvest Festival in Sabah 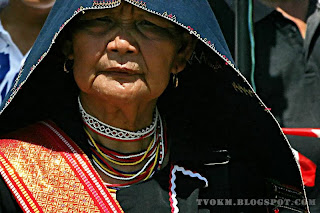 The Harvest Festival, or in Kadazan "Magavau", is dedicated to the ceremony celebrating and honoring "Bambaazon", the spirit of the paddies.

This festival has been a tradition for a long time. The feast "Magavau" is usually held after the harvest is finished.

The Harvest Festival that we held today was approved by the town council government as a public holiday since 1960. The people responsible for strengthening the Harvest Festival is the late Honorable Tun Haji Mohammad Fuad Stephens, SMN, PSM, CDMS, PNBS, formerly the first Sabah chief minister.

There are various references to the community about Magavau that differ according to the dialects of each district, but the meanings are the same.

According to oral stories, Suminundo had a daughter named Huminodun. To save the Kadazan people, 'Kinoingan' had to sacrifice his beloved Huminodun. Huminodun was killed and his body was buried, as was the custom. According to oral stories, apparently, Huminodun's body produced various plant seeds, which are our main food sources now. One of the seeds that came from Huminodun is the paddy seed. Since most of the Huminodun body produces seeds, this has triggered the belief that Rice has a spirit named 'Bambaazon'.

From this event, people began to celebrate the Kadazan Harvest Festival as we do today. It respects the spirits of the paddy and rice that have been harvested and stored, and the festival also reminds to appreciate and respect the Kadazan creator, 'Kinoingan', who killed her child as a sacrifice in order to save his men and have enough food. 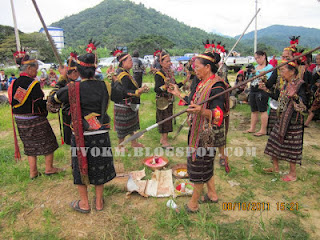 Before the start of the rice harvest, Bobohizan would go to the fields and pick seven fascicle paddies, which are plump and healthy, then tie them up and leave to finish harvesting all the paddies in the fields. Seven fascicle padddies that have been fully harvested will be added to the basket or 'tangkob,' as it's called in Kadazan. The seven fascicle rices are a symbol for Bambaazon, and once Bambaazon is raised in the house, then Magavau will take place.

The Maagavau ceremony is performed after the paddies are harvested and added to the 'tangkob', and is begun as soon after sunset. Bobohizan sits on the floor with friends in a specific room, or in Kadazan language, 'hintuun.'
Share this article :