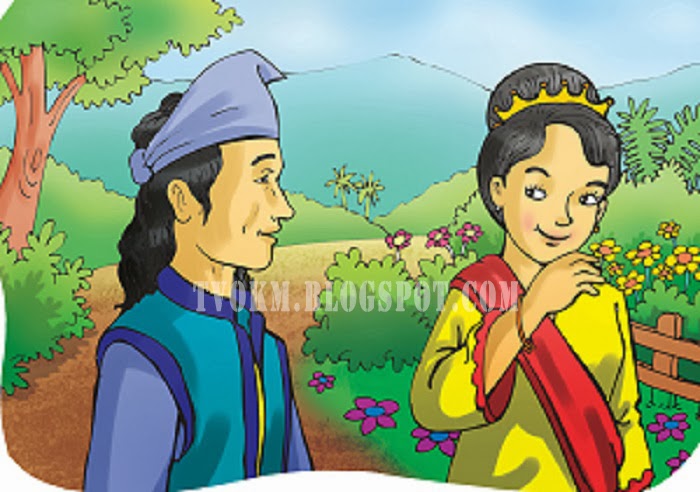 Pandahangan had a daughter. She was simple, kind and exceptionally beautiful compared to the other girls in her village, she was the envy of the village girls. Pandahangan loved her daughter very much and often worried about her's future. Pandahangan knew that the local village men were not suitable to marry her. He had refused consent to not for marriage proposals.

One day while the three brothers gathered in Bt.Sagang, which at the time marked the southern coast of Marudu Bay, while Sg.Pangapuyan and Sg. Taaran remains inundated, a fleet of Sagomo's came to Kg.Simpangan. Their leader and his party went to the residence of Pandahangan at Bukit Sagang. The newcomer is a powerful seafarer in control of a quarter of the east coast and is notorious for getting what he wants from the famous people in the country. Pandahangan welcomed the guests and after exchanging pleasantries, Chief Sagomo reveals that the purpose of his visit is to propose marriage to Pandahangan's beautiful daughter. Pandahangan politely rejected the proposal and refused to consider it. And even though the dowry offered was generous, Chief Sagomo continued to increase, hoping to win her hand in marrige.

The condition's getting late in that day, chief Sagomo feel their project proposals have no use.


Chief :  "If that's your decision, before we set off, can your daughter
at least show his face to us? "

Again the chief applying. " Can she show his face? "

Finally the chief said, "Please show only the tip of his finger just because I can not go back to my country without seeing a small part of his body's. Memory will haunt me rest of my life?"

Her three brothers were angry at this betrayal, and they gathered under Sagomo's boat and threw a pile of river stones as a weapon to destroy the ship because without their boat (Sagomo), chief Sagomo and his men could not escape from the sea. They were all slaughtered as well their sexual organs were cut, pierced with rattan and hung across the Garud River of Bt. Sagang, Garud hill (Bt. Pinitaruan).

After some time when the sexual organs had been dried, there was a whistling (mongosul) in the wind. The facts of some people in the past when fishing at night during the period fish reproduction at Garud, swear! That certain night will be able to hear the 'mongirrrrr." Even now, some customer's tipsty of Garud Café, startled from sleep in the early morning on the Garud River because they claim they can still can hear the sound, although there are around development.

Pandahangan did not bury his daughter in the ground, but he put her in a precious tube and covered her with copper gong. Then the jar is placed on the ground, to avoid being discarded or released, he has placed three huge granite rocks that covered almost three angles. The tube can be seen from the outside and can also be moved but can not be removed.

Tindal tribe in Kg.Simpangan claimed that their ancestors had seen the tube and the copper gong and clearly visible in the bottle water a white fish (Kambura) swims in it. They claim, that Pandahangan daughter has magically turned into a fish.

The question of this story. 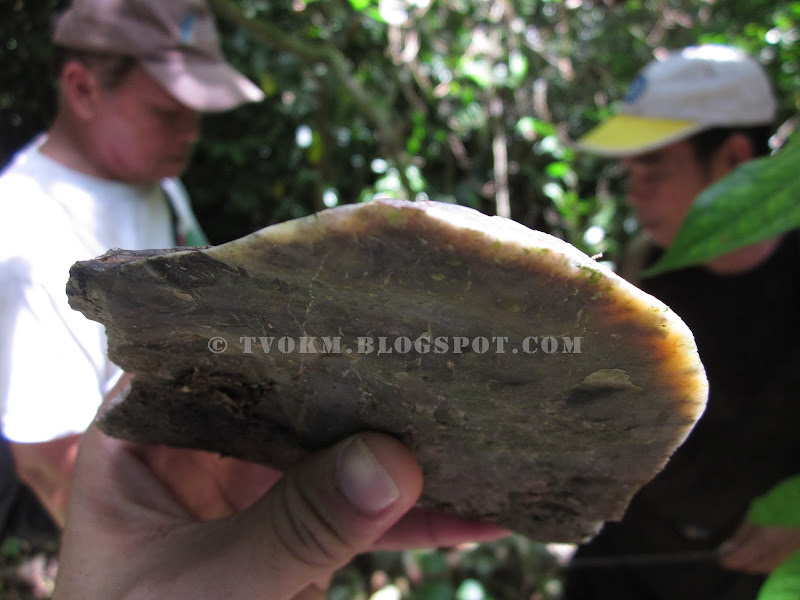 Could it be the work of foreigners before the coming Tindal tribe to Kota Marudu that just visiting this place and left its mark of their visit? Perhaps it is a group of Abos?
Share this article :