The stalwarts who founded this school,through courage diligence and perseverance,are laudable.Their foresight is worth emulating.We solemnly and respectfully dedicate this first issue of the school annual,GASS MEMOIRS to the PIONEERS.

May 5,1952 is a very important date in the history of Goshen Adventist Secondary School.Ten brave pioneers made their way through jungle,mud and swamps to the fertile plains of Marudu bay.The land appeared to be rich and promising.They could tell by faith and experience that they had found a land that could cater to their needs and to the needs to the generations to come.

The first few days were hard for the pioneers.They had to build huts to provide them with temporary shelters from the torrential equatorial rain and almost unbearable mosquitoes.They had to clear jungle before they could plant rice,vegetables and the like.Despite all hardships,their courage and spirit reamined steadfast and their diligence and perseverance was richly rewarded in the bountiful harvest of their crops.

The fertile land reminded them of the biblical land of Goshen.From the parched hills of Palestine Abraham's descendants went to dwell in the fruitful plain of Goshen.Wrestling a bare living from the jungle clad hillsides of North Borneo,Abraham's spiritual children came to this fertile plain and decided to call their new sattlement Goshen - a name that would continually remind them and their children of God's love and bountiful blessings to his people.

The pioneers had foresight and realized,as soon as they had settled themselves and bought over their families,that they should begin a church school.The co-operation of the pioneers was laudable.It did not take them long to erect a bamboo building for a school.It did not matter to them that the building was made a bamboo.The immediate and foremost objective in their minds was the solemn responsibility of building characters in their children that would last for eternity.Pastors Mandatang Gaban And Peter Leopold were among the first teachers in this school.The school has continues to grow since then and through the portals of this school many have gone out to render unselfish service to God and their fellowmen. 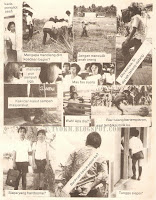 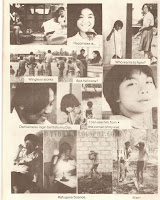 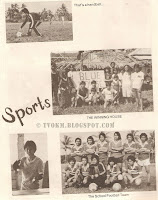 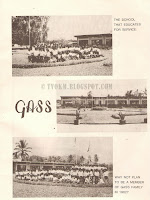