Hangzhou city in southeast China has become the most magnificent city in the world.

Visitors to Hangzhou´s famed West Lake are greeted by a stone statue of Governor Su, a statesman during the Song Dynasty, who´s also an adept artist and calligrapher.

Hangzhou, which basked in splendour some 2,000 years ago, remains as elegant and charming as today. There is a unattractive about Hangzhou that makes it "different" from other crowded, Chinese cities that have the worst air pollution.

In China, there is a saying: "Xia you su hang, shang you tian tang" which means "down here is Suzhou, up there is heaven (a city in eastern China) and Hangzhou." 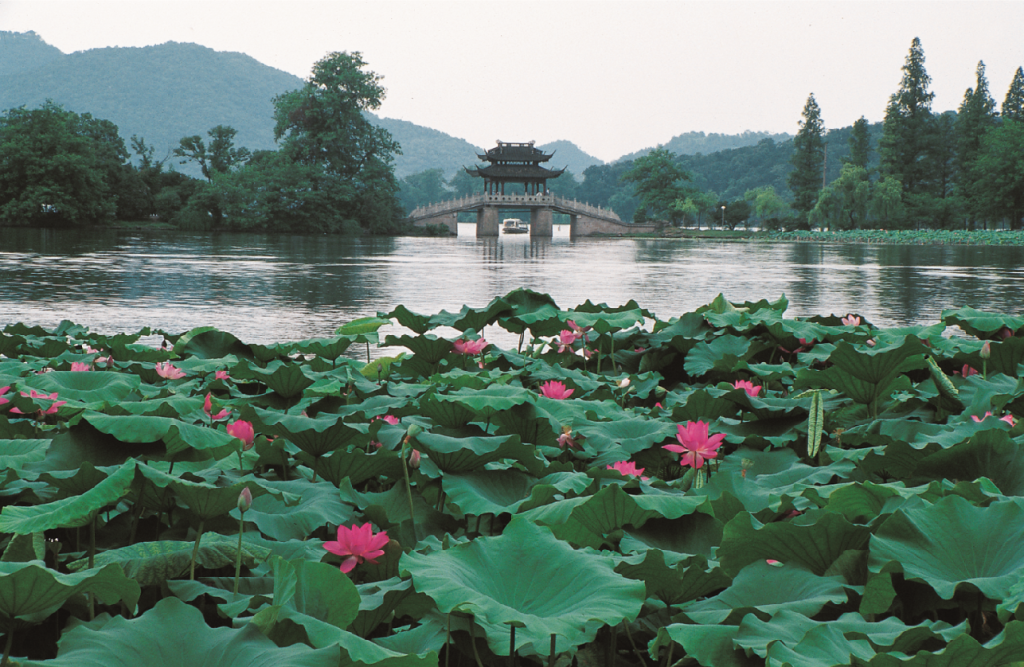 I instantly understand the meaning of the saying when taking a boat cruise on West Lake and marvelling at its beautiful scenery. Across the three mountains, the 60 sq km West Lake has top 10 spots with poetic descriptions about their scenes.

While walking at the lake, I take on a musing mood and come up with a verse or two such as "Going to Hangzhou without cruising the West Lake is like going to Beijing without climbing the Great Wall". 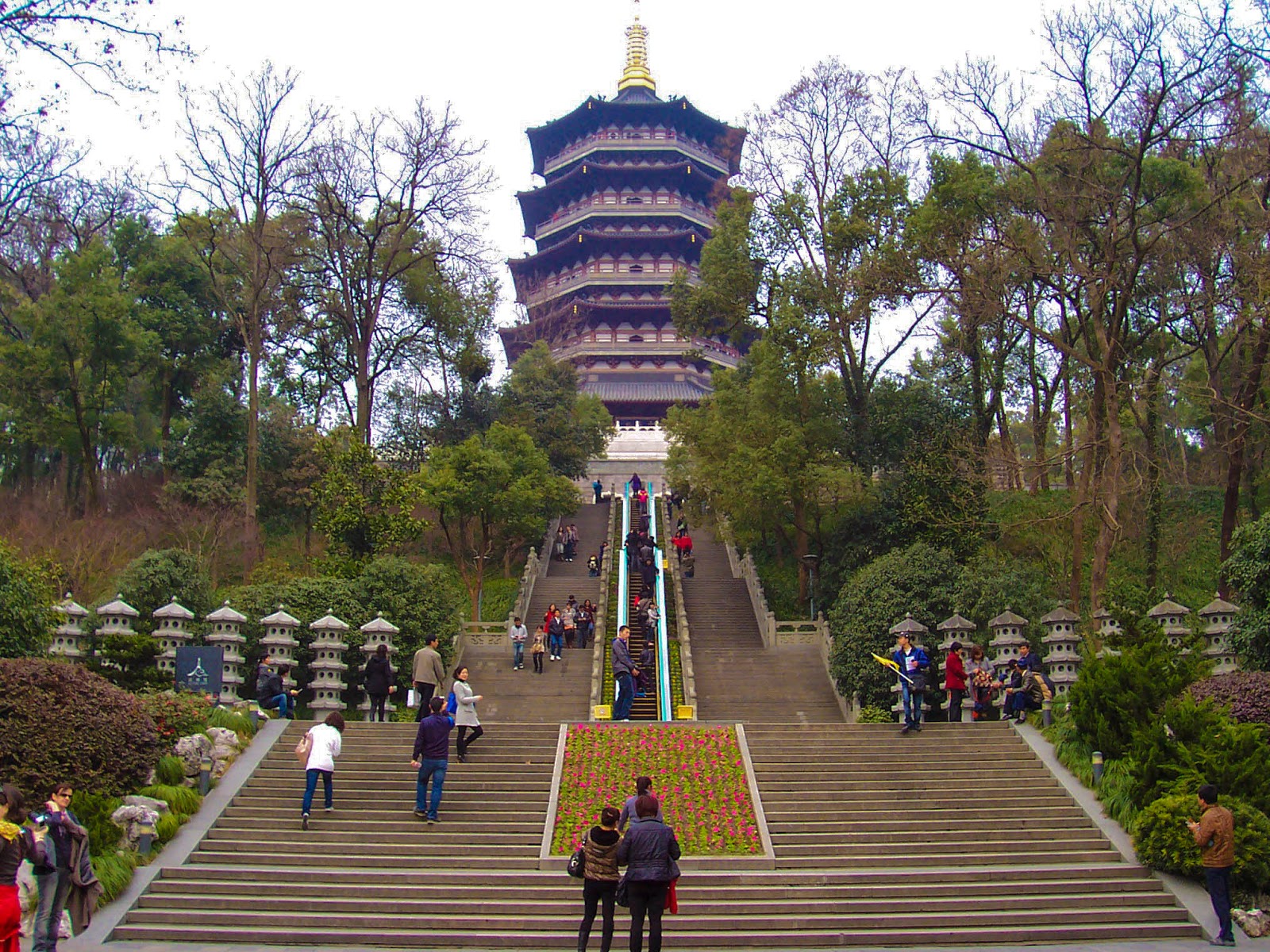 Fittingly, Hangzhou also has a great love story to tell - that of Lady White Snake Bai Suzhen who married scholar Xu Xian. Sometimes later, Bai was captured by a monk and imprisoned in a deep well at the Leifeng Pagoda (near West Lake).

Charmed by the story, I visit Leifeng Pagoda. It´s a place where technology and mythology meet, as it is the first pagoda I have ever visited which has escalators. How about escalators at Batu Caves?

West Lake is like a beautiful woman that wears different clothes for a seasons. It takes on a different look for each of the four seasons as willows, plum and lotus flowers take turns to dress the realm in summer, autumn, winter and spring.

Food for body and soul 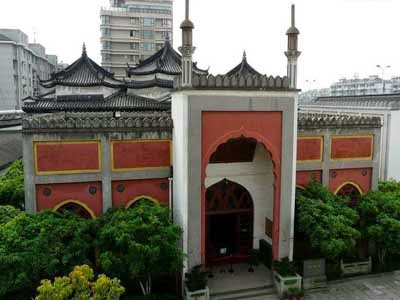 There is Phoenix Mosque for the muslims, one of the four ancient mosques built in southeast China during the Tang Dynasty, and was rebuilt in 1281 by a Persian named A-La-Ding. 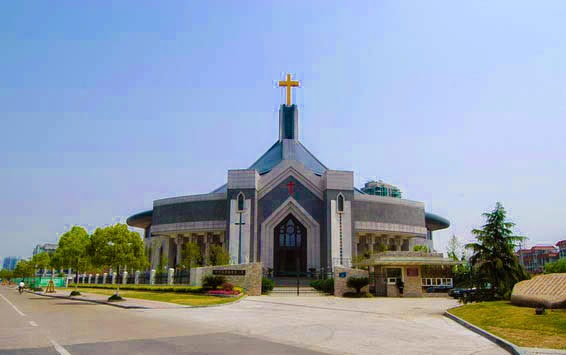 The Christians have a chance to visit the biggest cathedral in Hangzhou which was built in 1661 by an Italian clergy, Martino Martini.

On the commercial front, Hangzhou is a thriving city dotted with restaurants, shopping centres and hotels.With more than 9,700 restaurants, it is known as the City Of Gourmet Food.

The peoples of Hangzhou, proud of its rich culture, generally feel that they have "better living conditions" than the inhabitants of Shanghai.

Obviously, there is an on-going rivalry of sorts between the folk of Hangzhou and Shanghai, only 45 minutes away by bullet train and three hours by bus. 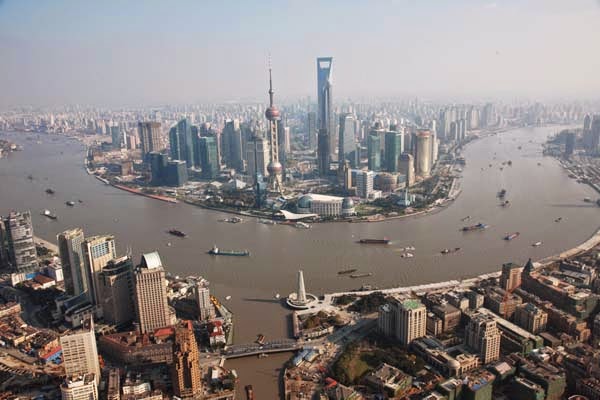 In this case, which is better to you, live in a garden or in a shopping center? Shanghai people are busy making money so they live a stressful life. Hangzhou people are more friendlier and relaxed.

From my experience, I agree. Hangzhou folks are indeed more accommodating than their Shanghai counterparts. Marco Polo, I´m sure, felt the same way too.
Share this article :

I'm Dennelton from Sabah, editor of www.tvokm.com. I am a blogger since 2008, i have a great interest about blogging and seeking additional income through the internet. Follow me with like our official Facebook Page HERE
Labels: foreign, journey-travel, travel